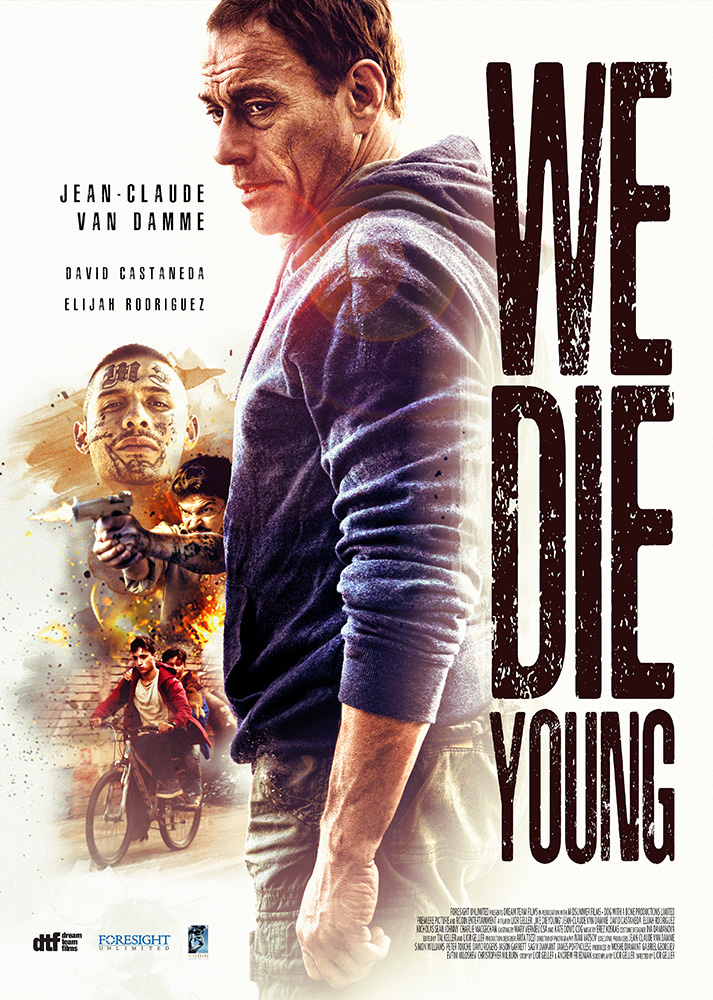 The story takes place in the slums of Washington DC, a world ruled by violent gangs and ruthless drug dealers. We get to see what happens to the characters over the course of 24 hours. Lucas, a 14-year-old Hispanic boy, inducted since age 10 into the brutal gang life of a San Salvadorean neighborhood in Washington D.C., is determined that his 10-year-old brother Miguel won’t follow the same path. When Daniel (Van Damme – an Afghanistan war veteran) comes into the neighborhood looking for drugs to escape his own reality, an unusual opportunity arises that can change their lives forever. With the help of Daniel, Lucas tries to flee his gang-lord mentor, Rincon.

The standing set that was built specially for the filming of the movie’s main shooting location – a gang-controlled Washington DC hood.
Other backlot sets that have been used as filming locations for We Die Young are the Alabama town set, the American town set, and the Prison Camp set.
Share on Facebook Share on LinkedIn